“One Should Never Forget, The Journey Of Their Personal Evolution, For it Is In Such In The Infancy Of The Morphogenetic and Ruminations of The Actuality Of Ones Existence, Which Bares Singularity Of Earnest Truism, Yet Still An Addition To The Co adjustment And Coadjuvancy Of Mediation, Meaning, Madness, Mortality, Moral and Moreover!” 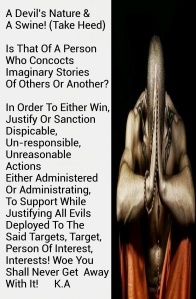 Upon earlier ruminations, I have declared the inquisitions and motives of societies members -(Be it outcast, pariahs, the insecure or threatened?) Often use said motives to challenge, acquire, or merely keep by keeping you away from such close proximity of their personal heir or empire! “Fear is a giant on a hill top dashing large rocks down towards any who effort for success, by way of climbing the mountain to the top!

“Deciphering the paradigms of existence”

#please See education  and predicament categories at end of post! Thank you.

Said motives by others are administerd by fears, and fears manifest by words or actions! Such can ve deciphered by the initiatives of the few!

“Those who seek your weakness are the most fearfull of you the most!”

By way of characteristics will deploy you as a target for hatred or punishment, not necessarily because of you personally, but rather because of their very own lack of governance towards their emotions! Such incompetence is that of immaturity and immaterial gains, often mimicking a child in infancy periods-(soft, weak, vunerable and wholeheartedly insecure)

“Such faux pas and that of said characteristics while injustices ferment towards you, is their personal justification from their fear and immaturity of emotions! As you will be berated and falsified upon in order to justify all and any ills, they wish to administer against you and your name!

“Woe amongst them as woe be to their credulity, and woe upon them!”

And shall they serve only as embellishments of immorality, banished from the light!

For they shall never free themselves from such misery of this illness! 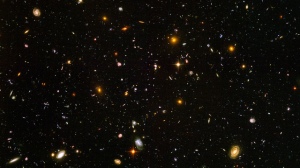 We belong far away far away from these identities!

Unfortunately amongst many a rumination and inquests of my own, I have come to the uneasy but realised view, that the majority of citizens around the world are born from incompetent parenting appose to competent parenting benevence– ( I Am Not Referencing Such Abnormalities Of Our Species In Paranormal Or Abnormal Behaviours? ) But rather the casual incomprehensible incompetence of the majority of earths inhabitants.

As a rule competent citizens have extreme precision to actuality and events, in which their mode of negotiations through obstacles is examined variables in approximation and calculus!

1) For example! We can exam here, postulate, dissect and reason a hoste of the beneficial factors of the competent citizens structures?

A) calculation of funds, approximations, detrimentals before proceeding on a journey and boarding public transport?

*Answer! In which a competent citizen would have  checklisted a series of import aspects, including fair, correct change, route, map, emergency telephone numbers, alternative transport, destination address, correct attire, inform kindred or next of kin?

*Unfortunately said incompetent citizens do not abide by such enhanced perceptions of faculty or fault in advance of events, and as unfortunate consequence befall, are hurt by the fall into the pit of their own making!

The above examination, is present throughout an incompetent citizens life-( Untill the moment of realisations continue to occur throughout each new experience or moment, an epiphany or “Enlightenment”). The very worse of incompetent folk never realise their faults so do not pick up on their own enlightenment or epiphany and rather discard of any chance happening of intellectual thought process sessions!

The by product of this is in actuation, which they often find it difficult to heed advice and pre warning in sufficient periods! It is an unforgettable but unforeseeable epilogue of trial and errors for the incompetent citizen!

Then there is the half incompetent citizen, inwhich only one of the parents were incompetent! Which has yet again been bequethed upon the offspring!

Fully Incompetent Folk Do Not Stand A Chance Of Success in This World-(NOT BECAUSE OF THEMSELVES IN ANYWAY, BUT RATHER BECAUSE OF THE GUILE, TRICKERY, MACHINATIONS, SABOTAGE, EVILS, AGENDA, MOTIVES, HEINOUSNESS, CREDULITY, ENGINEERING, CHARACTERISTICS, GIFTS, PSYCHOSIS OF THE MAJORITY OF FOLK IN THIS WORLD)

Inwhich one needs to be very carefull who they choose to trust!

It is often spoken by elderly folk this statement

“If I Knew Then What I Know Now, My Life Would Have Been So Much Better”

This statement means very much to me, as I have repeatedly heard it vocalised a thousand times as a child, at different stages of my then young life, in which every single member of family reiterated such truisms!

Except for only one, that one was my father- (Yet I am sure even he had made a mistake somewhere nomatter how insingnificant it may have seemed at the time?)

My father was the competent educated self, though I hardly got to see him!

Half competent folks have half a chance in life, but often from the evils of the world, are jeopardised and fractured upon a broken unsteady hill top of dreams and gifts, in which a chaotic epiphany strikes a loud cord of realism and actuation, the dream transpires into vapours from their auras, it has become far too late for their own benign success story, but as a relegation from both the dream and then the pain from their own unrealised success, are able to steer others to success from their own trials and tribulations! *This may formulate as the final ending to their lifes, “The Half Success Story at The End” inwhich their truths guided others benevolence away from what would have been more tragedy for another folk somewhere else!

“I FOR ONE WILL NOT BE HERE FOREVER, AS OF YOU, AND ANY OTHER”

“Be You Noble, Beast Or Predator”

I shall disclose to you this plain trick of the evils I watched them scattering amongst my kind, That folk-(Follower.Off.Lucifers.Kindred) who points out a sole figure-( Any sole/soul/solo/personal/individual ) upon the earth and whispers figuratively upon and says to you?

“”Becareful Of That Person!””

Rather contrary, it is actually the opposite, for it is them or that individual you must becareful of, as they perpetually guise to decieve you and they will successfully, but just how much and for how long will you allow yourself to be played like a mule, as they snigger behind your very self?

If so? Then ask yourself, and question their motives, they shall be humbled by your guile?

And you shall be in profit, other than that you shall grow old and bitter just like the majority!

I bid you good night and take due care, the road ahead is long and an unsteady solitude destination!