Take a few moments to study the signs and symbols in the photo below; Documented picture.1 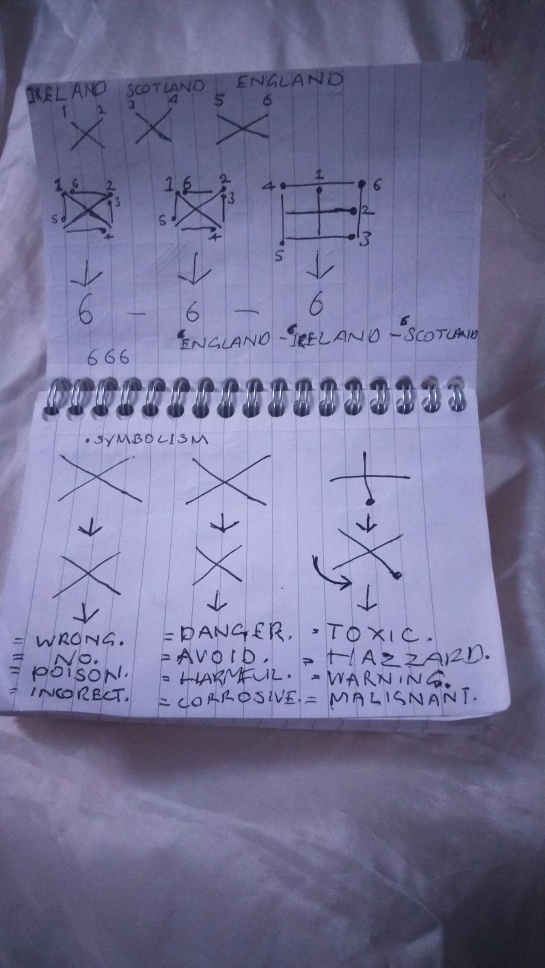 These signs and symbols in the picture above (see picture.1), may confuse many enthused… Nonetheless, more details will be disclosed shortly further along in this chapter.

Signs and symbols announce our arrival, our presidency, our presentation.
A measure of things to come; be that (our/your) hopes and dreams, wishes and desires… offerings and intentions?
Our mantra or our song is a theme that will notify and announce and remind all those of our intentions and will!
A lesson for the present, a reminder for antiquity and a warning or prophecy for those of the future!

Upon Investigation, one may lay open to a sudden realisation of the true meaning of a once certain ubiquitous flag (A certain emblem of thuggery and ostensibly grandiose sea bandits/robbers) such a rapacious flag heralded by what is known as “The United Kingdom” (The Rapscallion of nations)

That which has evolved from lower deck thievery to a distant famed culture of finely tuned merchants of theft, thuggery and blatant robbery has withheld truth and just to protect itself while proselytising the desperate and kin alone, to make moths of many and nations who beg at the foot step of this grand scale deceptive machination.

Those who lack education (Genuine education oppose to brainwashing/programming/media/fashion/establishment inventive incentives) and fear ridicule, are indeed ridiculed in silent the most, as they betray real freedom of will and decisions, and while are subjected into poverty, uncertainty and constant fear.

Such grow in the territory of unrivaled fear as we alone sing in the fields, such fields of the bossom and chest that blossomed from the ancestors Cri De Couer

That future is the present belly of “The present United Kingdom”

One shall not pray forgiveness for rich nations who intern bequeathed such a trauma presently experienced by modern poor nations. Poor nations must understand… take heed, nor to watch your women sell their booty like meat for sustainable living, not stare upon the misery of your offspring, nor glare upon the dead/dying in vain of a saviour misunderstood upon your ravish lands, nor the hunger of your children from the greed of such nations who only grow sick via greed, while yours starve… Nor the systematic corruption within all posts of law, nor the mockery of the Ill or the proselytising of the gullible or the propaganda and defamation of the feared.

Nor the false “Hopes”, false preachers, false imams, false priests, false pretences, false teachings, false saviours, false bishops and false men of the almighty in false dwelling and sanctuaries of the creator and his creations.

If you understand history/globalisation/capitalism/socialism/embellishing and programming then this should be intuitive and initiative for you?

Such a belly has formed as the United Kingdom. A distinctive Kingdom of foul play, liars, cheats, deceptive rule makers and administers.. who play “Pipe Piper” to the dim/drunk/drugged and enthused fused Psychological membranes of the followers.

Akin to peter piper, who indeed rid the down of all it’s rats these imposters aim to rid the world of not rats but rather the genuine characteristics of spirituality; Spirituality is a force to recognise and reckon with or against.

While UK has seen fertile soil and stock incline in wealth, due to the amassed wealth ransacked from foreign lands, due to tricking lands inhabited by empathetic natives.

The contrary has bequeathed those present dishevelled poor lands!

Whom once echoed equality (Imagine a world of fair play, so much that species of mammalian/s existed in a relative Qualia).

Not possible you may suggest?

The consumption of meat produce and the side effects (Cancers) is a modern phenomena proselytised by the western states, who found agriculture a time consuming affair upon Barron infertile land before soil was imported from neighboring nations.

These are the emblems adorned upon the types of ships (Pirate ships) whom sought to invoke such horrors upon civil foreign lands while removing any sign of languages, books and education systems (Upon raping booty/burning live stock/killing women and infants/Torturing the remainders/destroying complete civilisations and hiding particular evidence of foreign ingenuity) 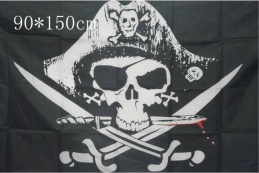 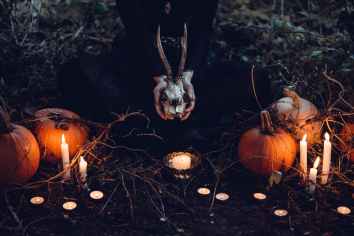 If an expression be an emotion?

If a word be a gesture!

If a picture… be a representative of a thousand words?

What say you, if an instance or moment be that of a persistent pattern in actuation…?

Let us now extend that moment to a period in time… an age and perhaps an epoch!

Would that not be a tradition; a way of life (Irascible way of life).

A second look at these symbols may broaden the horizon of any enthused reader.

Note: Understand, that under the auspicious acts of the west we have been proselytised to progress in a backwards/upside down wrong to right fashion…

Everything we have been taught is false accountership and misleading informatic diatribe, while the gross host horde the genuine structure of things.

The easily proselytised and hoodwinked partisans are gathered together by circular Informatics, due to an inability to gain detachment from mainstream media western acculturation and skewed occult practices; by mixing and engineering new test-like societies (states) to keep the masses occupied while the same masses are hoodwinked from their booty (resources) by further machination which releases further finances to the hosts. The parasitic objectors.

Notice the ‘X’ is representative of the notorious “Scull & Bones” image situated on the flags of pirate ships!

Here again below, we take a closer look at the representation of the ‘X’ and the evolution, which is situated upon all three of the main flags of united Kingdom.

That of England, Ireland and Scotland 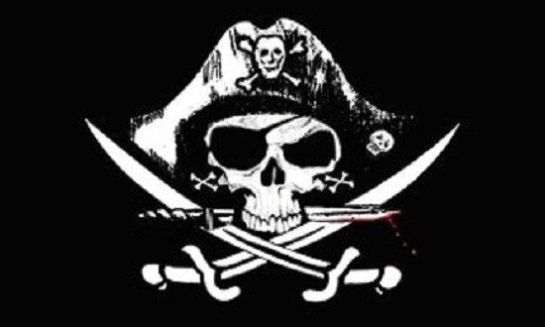 The representation of the letter ‘X’ is mirrored with negative synonym rather than positive fragments.

Often mark as a symbol of negativity and loss or moreover a symbol of warning prelude to a loss or fragmentation.

This arrival (sign) is entrusted with regret or degradation of a form.

The ‘X’ is a comprehensive toxic symbol, which prevents achievement or inclination to progress.

If a kingdom heralds this sign as their personal symbolism, it spells notoriously barbed and vehement splenetic overtones for any opposing nations, be it.. that the host aims to relieve other nations of all their booty and wealth in entirety and complete contrast.

The ‘X’ cast aspects of doom and disgust, which is often a reprisal of pirate culture, dilettante aspirations, while self nurturing cheap ambitions from wayward seafarers.

From that which my ancestors and immediate relations have witness along the ages, I disclose to you all who may either fall upon such a malignant emblem of sure consequences…

(Union Jack/United Kingdom & such Flags that endorse such a culture)

To indeed protect thyself and that of thy family with a protective prayer from such a curse witnessed by nations who and whom it’s citizens fell to the vitriolic system of abuse entrusted upon by the the systematic abuse from the “United Kingdom” & suchlike.

Pray you do not ever witness and fall to this fate bequeathed upon desperate nations by the hands of the west and United Kingdom.

But rather quintessentially the contrary of every organic/natural and fair law of the people and species who reside in this domain.

Every rule was broken in humanity for such a species (western) to gain and then regain sole advantage to greed and wealth.

So much so that after a long and trenchant-ly tedious battle against the good will of earthly inhabitants, time has come for the earth to restore balance to land and resources… As earth evolves it now obliterates the obliterators of life and culture!

“The circle of life” is always expectant!

It shall expect you, as it always has all those before… So…

Put your hands slowly together, let us now pray for the circle to administer universal justice against such a poison in the world!

Nations of antiquity shall be rekindled, as presentations shall indeed be rekindled back to what they was before…

“Poor, shall return back to health”

Wealth, back to poor Barron lands…

Importers of nobility back to where they derived from thereon.

Impostors of royalties back to that which they stood for first, mere six thousand years ago; peasants and thieves… Thus circle of life!

Blood to blood, Earth to earth, Mineral to minerals, Dust to dust, while all shall be rekindled to such and such again…

But rather cancer, poverty and persuasive illness .. shall blight patrons of western shores.

We now bow to the mystery of the elements, the power that be, the electricity that grant us well-being and peace in existence…

Not force or false pretence or Majesty, neither false Kingdom, nor fake jurisdictions of law, no importers of a perpetual substantial insubordination-al hierarchy. Neither molesters of innocence/truth and justice, neither cowardice/propagandist hate sovereignties.

Only the omniscient presences that presents an unrivaled presence, that has and shall continue to engulf our life here and after… urges us to leave behind the west; These western nations skewed diplomacy, while urging us to return to our own roots/lands and tongues of antiquities. For western morals are unto themselves (states/order governed solely by human ego/greed and thirst) a no go and aggressively none-progressive state for spirituality and Qualia.

The energy-efficient which the mockers have mocked… is none other than our strength of ultra magnetic agencies.

The frequency of life is the vibration of actuation we breathe, the sustainer of our Qualia.

Peace be upon… the true spirits of the most high and not the fakers who embellish disguise.