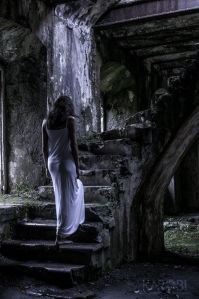 Have you ever been accused of something you never even did..?

Have you ever been maliciously taunted and targetted about something you have no such knowledge about…?

Have you been assaulted for reasons that appear so random… you felt it was not random, but rather a realistic effort to try to end your days of existence…?

Has someone ever mentioned things to you, that you allegedly committed! but you have no association with the incident in the slightest…? Has anyone ever refered to you by an identity you know not of…?

Has anyone ever approached you to discuss matters you have no such knowledge off…?

Have you ever heard malicious “witch  hunts” about you, suggested by people you have no idea about or the acquaintance of along with the identification of the inquisitor..?

Have you ever witnessed a real life story of delude and deception unfold..?

Have you ever told a story to another which was later repeated back to you, with no such truth remaining from the original story, but a total contrary of consistency & paramount, alterations so considerably evident it bares no resemblance…?

Do you ever just feel like cutting yourself off from the world… some say it is a good thing while others say it is a bad thing?

Reasons for both unfortunate encumbrances, may range from the slightest acknowledgement from the alpha, to the disadvantaged demise experienced from such an omega…?

Though being constantly surrounded by people has supportive benefits. . This way of being also has dire consequences. .. Many feel suppressed while others feel depressed, oppressed, and further need to digress, from such affiliations of the majority!

You may feel continuously under the subject of everything in your vicinity!Closed, caged, restricted like a tiger while inhibitions are presented on your environment… Somewhat of a torment a special type of curse a prelude to the epitome of quintessential “Madness”.

If one loses their mind better to lose it alone, then from the Malignancy of others. Some possibly… ought to be appreciative of such an arrangement! Never a choice as our hands are always force in one direction or another by some great force of nature… by unfortunate past experience, whether bequeathed from the detrimental cerebral of some such subcontractors of our indulgences or simple contractors?

The juxtapositions are bountiful, as one would contemplate… on for hours in recitations of, how when where who or why…?

“Yes the all auspicious Mr y”

The Y… Say it loud.. say it admirably proud! Say it till it hurts… Say it till you weep! So it becomes a sound from a person… as though the pronounce itself was a gift in a brand new bag! Bought from a fashion boutique, in Harrods of Knights Bridge (Sloane Square of London, England).

You may even encumber many, who are indeed quite ignorant of their own propelled vocations…

Influence into inquisition into the quintessence of irony in scenes of Y, Y, U, Y… Me Y… His Y Or Her Y Till it dies “why”.

However, And no about of why!… will ever be seen to coexist with the affiliation of misogynistic apparatus fermenting for such pariahs?

Such as the endorsement one has encumbered, In a prerequiste! Why why why… but who knows why.. If or whom…? Anymore than we know of tomorrow in reality!

The unmistakably proposition of chance and envy are usual an encumbering dance.. A debilitating waltz with sclerosis for an analogy!

Presence of misogynistic juxtapositions of some demise, from appointees to appointed, without the disadvantageous souls apprehension of a proprietaries fiasco, dilating for warm freshness of the persecuted revelation! Such is him or her of nature… that you may see yourself at wit’s end!

BROKEN.. BEATEN.. TORTURED.. and I mean that ritually outside of prying eyes… You even wonder what doctors are doing for your aid.. but sometimes not diagnosing you correctly because they to may have felt an affiliation with the factions… Of the #tag Quantum rumour propelled mechanics, #Hash-Tag additional Afflictions to injury #Tags!! Quite the disparagement, of the evil ingenuities juxtaposed by those who cast aspersions, As though they where conjuring up evil malign spirits or lizard men with lizard wives, living lizard lives, propagating luzard childs… producing their of springs with tongues like snakes, “Sss” If as  though their very life dependency where at the very fore front of stakes! Quite the apparent indeed.

I unfortunately belate to all who shall stumble across such a passage while I am dead or alive…The malice of humankind does not wait nor for amiable frequencies to erupt and hinder ones  existing confirmed discomfort… but rather mounts into a kayak, joyriding on the frequencies of existing variables to kama kaiser into ones spiritual presence…

For those who have such an adjustment on life… truly must be not of the moral world as we know of it! The  human bread line that holds its very own authority over the auspicious health by way of delegations, of unfavoured council, is quite enough to make the quite and reserved of society feel as though this life is evil!

So one can now possibly understand why many seek the covenant of hope in whatever hope is deem to represent… In such a world when all men count against you twice over, hope can register as a guiding light of spiritual values sent from above high above… where dreams are created.. invested… nurtured.. and fashion from the finest materials in all existence to… to just but a blessing upon your darkest hour for a wonderful minute! One can visualise why “”I”” myself and many kindred spirits fashion a life away from the catalysts of deceit and discourteous bombardment of so many maligned souls.

Such is the detriment passed on by others… who are aligned spiritually with malice in their hearts and souls… that a disease starts to swell inside one like akin to a cancerous tour dilating in ones bowl… awaiting the ultimate of fatalities… “Human Combustion” being a previous phenomena of many in the west… which riddled experts with ridicules for being ignorant of such a wonder!

Many who do not want or await such fates… escape from the whirl pool of degenerative socialism… before they are bleached with the same disadvantaged presence. .. A cheap dwelling… A country side retreat… anything is better than the perilous avenger of a turbulent society and its professional whores of whisper-man and slander-women… And old Quote reads;-

“If you can not beat them, Join them”

WHY ON EARTH WOULD I JOIN THEM?”

“I join no one but myself… I trust myself”

For you can never trust another… for that is the most unfortunate and unwisely practice yes indeed! Most are broken by each other in society more than anything else… Just as woman, are a constant victim of man and his ever wavering law! So too… has man been a victim of women’s perpetually quivering laws!

To name but a few of life’s famous pitfalls or hindrance attachments… and demise.. from Archives… Adam & Eve… Achilles & Helen of Troy… Samson & Delilah… Romeo & Juliet… are only but a few of the mythological fractionating world windmill romances… that have Earth shattering consequences for the affirmations of a chaos theory’s presentation!

Just as kama is asynchronous…

One can not hold one accountable for any such reasons that they deem based on prejudices alone.

For every court must have the right to a fair tribunal!

Even atoms have laws which have been observed by the prying inquisition of the human minds eyes, under great observations for millenium and never breaking their very own parliaments!

Most courts have a defence for the accused! Not just a prosecution for the charged!

Can you ever imagine a trial with no eye-witness? Absolutely no witness for the defence counsel and what is more no written statement by the defence.

yet we all clap our hands asking for prosecution, of the accused in the worse way possible!

Can this be true or not?

Are we not barbarians… still pretending to be civilised…?

l often find it hard recently to fathom such information as true rather than bias at the very least!

However if one had the auspicious possibility to read into both sides of a transcipted journal by either defended… defence. .. one might have no doubt if not less doubt!

For the trial perpetuates under the most extraordinary Unfactuallities so extremely borders the nonsensical!

However these are only my recent thoughts, yours may differ slightly… in the prelude to my inquisition to my question, from what you may either believe to be of importance non importance, totally Unfactuallities, Just plainly tedious…?

Most would situate in any law, fair law that is! their should rarely exist for reasons of pious authoritative gestures!  Plus public interests… two sides….. two stories… two accounts and so and on… etc etc…

My question on the great debate of antiquity is there…

“VERSION OF THE DEVILS TESTIMONY”

Anywhere for humankind to inquisition…?

hat is his side of the story.. from his own words”…?

IS THE DEVIL ILLITERATE…? also!

Does he have friends or a lover or family to speak on his behalf…?

HAS HE BEEN SET UP OR IS HE THE ESCAPE GOAT FOR SOMETHING ELSE…?

Are we so sure the devil is being punished for what they said he did and not for something else…?

(A LARGE PERCENTAGE OF THE TIME WITHOUT FACTS )

“This is a true realisation of the human cerebral “

We are a species that has evolved through toxicity of internal and external extensive dilapidation!

Who really is “SATAN”  I wonder to myself…? Is he really the school bully with all the power… Friends…. Money… and authority?

Or is he really the escape goat being bullied. … Framed… Lied about… scorned… All without a proper judicial review or Ombudsman!

I wonder even what Gender This Satan really is…?

Is this a woman really…?

We are bullying somebody we do not even know?

However!… can one see my point.. did this not make a grown man ask questions… a wise man not seek inquisition… a noble man not think… at all?

Let us not talk of ambush… such reason!

Without prove normally is a perpetual agony for most if not all!

Can you see such haste.. such illuminating illogic?

Thank you for you precious time in this instance!

Time is precious and can never be repaid!

So as a priceless commodity I thank you whole heartedly for your time in reading my blogs!

I trust you will be well!