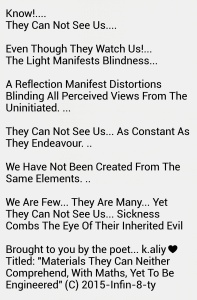 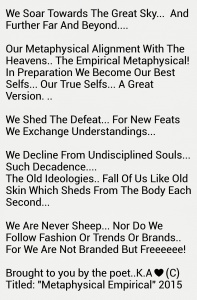 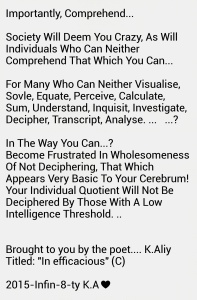 “Mocking Birds… Make A Monotonous Mockery, Of Mass Misery… Via Mediation, Of Media Medium, In Thus A Medley”

The Realm Of The Narcissistic statues, truly ferments from within the western front, submerging it’s claws along the deep ocean sea to all inhabitants that reach out, birthed from within…. to western demographics affairs. .. Along the shores and utilising the atmosphere upwards and outwards…

If you happen to drift a shore on to such lands, be careful where you may end…?

“The Grass Is Not Greener With Hypocritics”

ln a village long ago… in a quite town somewhere in the land off The Eastern Hemispheres. .. on the Island sat a peninsula across the ocean…..

Elephants roamed the island, shared with other mamals and smaller ungulates which dined upon rats and pheasants… The Mighty Elephants, Endorsing their size and statuette upon the island could be seen from a distant and were indeed unfortunately hunted for sport.. Routinely the natives would witness foreign ships crash upon their natural habitats. .. there shores where they indeed lived in fruition for such a long long time…. was met by the occasional idiosyncrasies of the whites who were lured to such islands for game and sport… till this day western whites leave their countries of origin to sport game and havoc in poor native habitat in which the white men abuses foreign territories via complete exploitation, of the habit. In witnessed history and till this day, such still occur around the world, for the white man’s blood and lust of sport, via game children… animals… easy prey… young under age females… mentally incapable… while the physically incapable are utilised for whatever means of exploitation. .. Unfortunately we also know, that it is 100% as a consequence of finances displayed to the native indigenous tribes around the globe, that each and all become sexual toys of exploitation, child labour, slave labour, game and profit persist! The Caucasians (white people) entice the local native with embellishes of fine wine, jewellery, expensive cloth and materials to subsidise any effort taken by the indigenous tribes… in which the poor tribes are baited into believing the western way is a better way to live then their organic lifestyles… The brainwashing occurs to the extent the natives propagate children in order to gain material substance. The natives learnt the trade of luxury merchandise by the liaisons with the western foreigners. Baby population increased, as interest in children from the western subscription to child delicacy occurred…. As ship crew and travellers knew they was liberally kings in a foreign indigenous land. Law was succinct, in such tribal geographical hemispheres… Western invaders arrived to do as they pleased. Businesses in Sexual exploits with children of the natives, was a casual reminder of the desperation and addiction to a prosperous life.

Year after year, repeated the invasion onto tribal lands to hunt wild big game and elephant tusk.. The ivory was indeed a sought after commodity, worth a handsome promise, to those who made the trip safely…. Sick ill and thirsty they came hounding on indigenous lands…

AS THE TALE TWIST UNRAVELS NURTURED IN TRIBAL AFFAIRS

A baby elephant lay lavishing in the mud, rolling and playing… quite comfortable and basking in the heat, utilising the mud to cool the flesh of its mass.. Still only an infant but a substantial size indeed… The baby elephant in its nonchalance to ratiocination… the idiosyncrasies of its euphoria bathed in the mud philosophically. At a side glance it noticed a tiny tail in the mud. On closer inspections a silhouette of a mouse layered with mud relayed to the elephant’s conscience.

The elephant took the tiny rat and bathed it by a near by stream. The care displayed by the baby elephant was quite extraordinarily empathetic.  Usually elephants and rats were not kindred spirits and negotiates. Adult Elephants  were know to display phobias to the rats. But on such an occasion it appeared the opposite had manifested a spiritual kinship between former companions. After a mourning and several attempts to consolidate life back to the rat by the baby elephant… The baby elephant lay the rat upon a mud heap, the surmounted lump of mud, upon the rats corpse. .. as to lay the carcass to rest!

THE SUM OF INTRIGUE

As the baby elephant left the area… A small shuffle occured by a bush. Pearing behind a bush, a small rat stood on hind legs peering over the rocks and observing the scenario which had previously unfolded!

The rat motioned quickly to the position, the elephant had buried the lifeless body.   The rat sniffed, squinted and continued to sniff the ambience around… A few minutes later it was gone in a hurry!

Months past, vegetation grew.. biotic symbiosis. .. protoplasmatic symbolism emerged from slight photosynthesis which branched through near by trees on to the mud splatted zone… The light aided huge vegetation and agricultural forms. Thus changed the landscape and buried the hidden identity of the once graved mud dedicated zone. ..

Sailors came and exploited that which they could… Harbouring tools indistinctive and destructive to the lands of such promise. Such came and took… exploitation was rife. The summers grew hotter and ivory was the gold.

One Summer grew distinctively hot, while the western ships roasted across the waves of the Atlantic ocean. A great exploitation was indeed insight, as ships cargo bequeathed great weaponry and sophistication.

The ships harboured on the penultimate cruise for much was to return from  great hunt. As they harboured, the young children waited and spied upon the equipment offloaded onto shore. Then when all was safe the children would sneak into the sailors camp to play and feast upon equipment which was brought.

The sailors arrived at night and new they would have to be up before dawn… in order to comprise the contraptions and devices for hunting elephants. Catch by dawn… slaughter by noon and cargo by evening was the orchestras plans… Early to bed if rise would be met with competences…?

Early dawn broke, as the ships crew was up, preparing the entrapments of engineering expertise… Several hours later the task was complete and the sailors had left for, other exploits… The crew was aware that night fall would aid there bait…

That night a crowded group of mature elephants emphatically endeavoured to release there youngest member from the elephant traps… Hours past and the elephants slowly reclined from the zone one by one!

The lonely elephant, echolocation in desperation for aid… It so happens a lone figure lay amongst the dark trees, scattered near by. The figured scattered along the undergrowth sniffing the heated air…

Now in range of the desperation of the elephant, the figure nibbled upon the contraption, which had invested hindering movement to our lovely elephant friend… After a considerable length of persistency, a gaping whole was manifested for our elephant friend… As the elephant broke through out of the entrapment…. Both rat and elephant had disappeared. …

The beneficiary manifested freedom… to the endangered! puzzling… was the scenario, as question inclines a possible rendezvous…? Was rat and elephant reacquainted from a past…?

Maybe a seed sowed enabled the others aid!

Often in reality such philanthropy is succinct… so succinct often a deploy of trickery and manifested machinability is relayed!

In societies, globally, we are constantly bombarded by the new import of surreptitious foundations.. founded by a mainstream organisation, foundation, corporate affiliate. Who stand in guise of moral or principal support for crimes against humanity…

Often regulated by the young fashionistic simpletons, who indeed are yet to experience the meaning of life.

We witness, such crews and mobs of moral support advocating their “Cri De Couers” against malevolence and extreme injustice. .. Often we can relate to the true misery expressed by those from degenerate environments in poor nations, who indeed suffer the indicated incitement of national insecurity in their foreign lands.. Yet how about the mobs who live in wealthy states, backed by financial corporations who indeed, are the true catalyst, constructing this wicked soup of “Evil Ingenuity” across the hemisphere, of foreign territories…

shall see these casual fakers… takers… lured from the breaths of river snakes pretending to care by some extravagant bamboozle of engineering feat, staging such corporate products, of “Hoodwinked Enterprise & Entertainment”

All fashion and neatly rehearsed for the “glossy packaging” of the uninterrupted uninitiated unsuspecting crowd. Who are willing and merely entertained, as an audience of a “New York Broadway Show”

The young pretentious pretenders, act out poor “Cri De Couers” to the inclining naivety of onlookers… who are indeed, swept, woo… by the audacious performance of a modern protest, for moral support against third world impoverishment. ..

“Why Do I Get The Sensation… The De Javu… The Recollections, That I Have Witnessed This Stage Show Before, Somewhere…?

What in all seriousness, do modern fresh face brats in loose tongued fancy sneakers, bright clothing and pockets of well being, serious understand about third world democratic demographics….?

This is nothing but a mockery of serious incarcerated trauma experienced, by those in globally hostile regions… Modern youth who appear to stand on demonstrations, have as much knowledge and true sincerity in third world crises, “As The Giant Carnivorous Crocodiles Have For Fresh Water Salads With Helmans Tarta Source!” “Disastrously” As that is not there standard recompense for dwelling in such habitat!

Understand!!!!! “Habitats” & “Habituation!” Then one might comprehensively apprehend such appreciation of the measurement of such a experience of third world existence… never to be auditioned by the “WOMBLES OF THE WEST!”

Please All Hereby Rake All That You Have Eagerly Sowed…

The torment and cancerous cells that are steady waiting for such characters are only but the beginning… Just as individuals and groups have belated much evil… also have chosen their personal subscription to such fates!

All in all every actiin deserves  reaction. . regardless of perception or innocuous innocents in mind, for often a front row ticket at monitored slow cancerous demise… often baits such hate!

We await your court proceedings, such courts that can neither be bought by dollar, pound or subsidiaries. .. 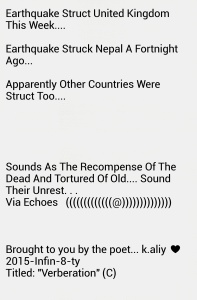 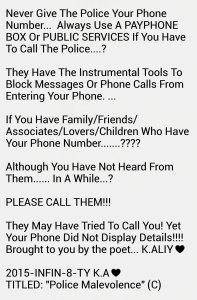 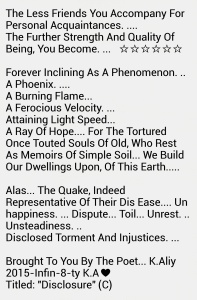 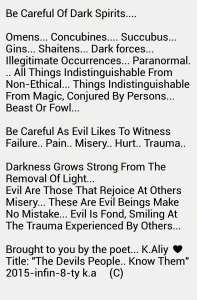 Court of the cosmos… the benevolent the sublimation!