“WHY THE SCHOOL TUTORS OF ESTABLISHMENTS INFORMED CORRECTLY ALL ALONG, Intolerance,  ANALYSIS OF PERSONAL BEHAVIOURS!” 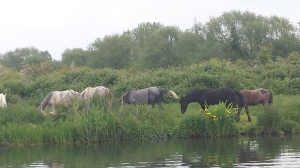 Reminiscences of early education in establishments, provoke notions of antiquities, which at the period, perplexed my adolescent cerebral!

Do you ever consider the words and actions of Tutors in your personal learning curve of adolescence?

I often do quite romantically, but often not fully appreciating my earliest bewilderment!

They where the key to one’s life, and exhausted strife!

It is important to trust their judgements, even greater about those they warned us about, as you will continue to meet the adult versions of those, uneducated kids as you go through life! for the greatest danger to a adolescents ideal, prosperity, ambition, trade, potential, and win are those around them and the company they keep!

You are only as good as the company you keep? 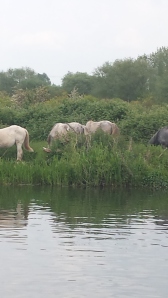 It is indeed true!

“HANGING AROUND WITH MORONS WILL ONLY PROVE JUST THAT”

“THE ACID ARRANGEMENT OF NEVER ADVANCEMENT BEYOND YOUR PEERS”

It really is as simple as that, acquaint with backstabbing and their behaviour will inexplicably be fermented by you also!

Acquaint with thieves and sooner or later you will be just as thieving!

Socialism with alcoholics and do you really naively believe, such intoxications will amiably pass by your lips nonchalantly? Without a whisper? A glance? A “hey you over there, fancy a taste of me?”

How about mockers at that matter?

Even sport and lifestyles really do have an extensive significance to your personal relationship with existence!

This percentage of relativity is by far the greatest percentage that needs to be carefully invested, before anything else can and will be even submitted to your cerebral for potential ruminations! 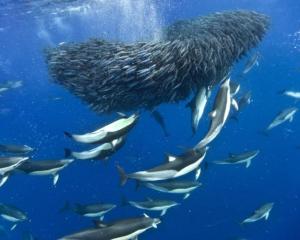 It is really as important as that, or one may as well give up as of this second!

It is of no wonder that all remaining adults always live the rest of their final ideals often alone in isolation!

Sometimes afraid, often sick, bitter, betrayed, frightened, fearful and obscured from society. With the infusions of a degenerate cerebral which ferments confusion on their worn and weary existence!

The teachers were indeed laminating all earnest accounts of a hidden prophecy every time they uttered their predictions, words of wisdom, advice and their very own insight into a personal rendition of each and all individuals directed to their personal future and version of a “Habeas Corpus” needed for their future torments!

“THE GUIDED BLINDLY BY DEGENERATE FOLK, ARE YET BETTER OFF UNGUIDED, THEN TO FOLLOW THOSE WHO GUIDE NO BETTER THAN A RAMPAGING BULL IN AN ANTIQUE SHOP ADDORNED WITH FINE CHINA!”

I have been fortunate to have had some amazing teachers, but it is my bias perspective to discuss teachers from my experience, as my bias is based on my experience and that which I witnessed in their presence!

I think “Benevolent” teachers appear to me to be the chosen people, if there ever was such an idealistic virtue upon our kind? It is only via personal life experiences that anyone can judge another! But I am totally baffled when degenerate minded folk make judgements on others, and considering the fact they have no experience of such, still even though with no experience of the circumstance or another or situation, action, detail, occasion, etc etc etc… they employ their “personal judas initiative”

I ultimately thing that a mental instability is at hand on such individuals, because their characteristics deployed are acquainted to irrational thought process! The tritanopic souls who forge an un-benign route for many a generations in their offsprings manifest an legitimate danger to the benevolence of spiritual and focused folk in the world!

Thus such un-benign superiorty are not in receipt of a stable mind!

HOWEVER! Disability of mind can and will exhume in a range of multiple propensities!

This examination I portray to you today can and never will be stated ever enough ever!

Reason 1# for where there are constant life, injected into realisations every minute, for this needs constant affirmations and declaration for the newest inhabitants!

REASON 2# Via long-term damage to the neuro logical terminals in the cerebrum information will be eradicated to any number of inhabitants on the faithful earth, in which re-educational affirmations need immediate subscription!

( Example 1. Aging doctors who once prior to present predicament had an IQ of a genius, before degenerative entities surprised the host in question, with a steady stream of Insurmountable attacks on the poor soul, to render the agent degenerate!)

(Example 2. Such doctors may have completed the highest creditation and well received acclamation to their inclusion to the practice, yet via present poor health the learned professionals can become imbeciles at their chosen craft! Rendering all past information useless!)

This is why the need of reminiscences has to be a formidable fortuitous titillation in each and every society the world over, and perpetually till the end of existence!

For example! We could begin as a point of reference into this subject, connect our cerebral powers into the level density of intuition needed to make prosperous decisions over potentially life altering destructive decisions!

We could also analyse the affirmations that the law has set a precedence on murder, yet it does not stop people murdering and will never do.

As also they are a multitude of other crimes and nonchalant exploitative practices everyday humans evoke which are indeed punishable by custodial sentences and still it deploys nothing of hindrance to the action and behaviour of those that embark on the detrimental affiliations!*

This is another reason why constant reminding and ruminations can never ever be enough to always enlighten societies and its members!*

Even the punishments are never a determining deterrent, but often an Embellishment of honour to the development of the degenerate families!

However! The corrupted exploits of this disease “The judicial system” “The Judas Initial  System” is the sole culprit that embellishes the cerebral of the vast indigenous folk (almost all people, akin to a possible 99.9999999999999…%) 100% of  the occasion!

Amazingly so, believe it as you may, that, the actual, what is deemed as the “Riff Raff” the “Poor labourers” the “Petty thieves and criminals” the “white under class” the “Boot Cleaners”, “Poor White Trash”, “window washers”, “Penny & Tuppence” characters who vocalise with a dialect acquainted to thieves from world renown scripts of “Oliver Twist” and poverty of that magnitude are in fact the true version or the british settlers, who embarked on a indigenous part of the hemisphere many millennial in chronological Antiquities, named today as Great Britain!

In which their very heritage and lack of decorum has passed on down the ages to present day, in which they are now the slave in their very lands, interestingly enough!

*Understand as you may!

*It is a horrific fashion decreed upon the multiplications of generations, past present and post this chronological band, that there can be without governance of soul self, the cerebral, spirit and soul, a future worth inhabiting!

“AS WHAT IS SHALL BE”

“AND SO FORTH WHAT SHALL BE SHALL ADMIRABLY METAMORPHOSIZE TO WHAT WAS ONCE YET AGAIN!”

*This statement I coined myself is an understanding of the metamorphic cyclonic affirmation of all and every minute of existence, everywhere!

*This radiation is merely life replicating itself, metaphysically!

This utterance of truth is more inherently manifested than you could ever imagine! Yet it is a shame many and most will be deluded, Ludwig, perplexed, cheated and dispersed from such a benign realisation as the aforementioned!

Such as the latter is such an awful decresendo, an open invitation to a decrepitude state of being! And the ever most poignant juxtaposition to realisation and reaffirming declarations!

Often people who seek the truth, will be misguided by all those who wish to play, have fun and enjoy at others expenses!

While the former often relinquished by ill-health, to the succinct rendezvous with the latter often in misery!

*For people with no talents often do not wish for your success to outweight and overshadow theirs, and so will deploy every hazard imagineable, or attempt to lure, deceive or trick you to not reach your journeys mend safely!

For it maybe often too lonely at the bottom, so every life force will see you as, a meal ticket or a ride, or an attempt or be it false eclipse over you, by the agent/force acquaints deluded prosperity, with a falsification of their existence and a notion of prosperity about their vacated cerebrum and initiations!

*I often recall the amiable words set out at an age by Tutors in a classroom about nonchalant pupils!

*How the tutors would emphatically declare lyrically the prophecy of certain pupils, which often just registered to many as mere scaring tactics, to “herd” the pupils mentality to endeavour a well tuned affection to formal initiation of the curriculum vitae needed to obtain a reasonably chance in life!* 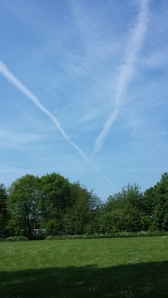 *Though many never listened, I am certain they had wished they had! 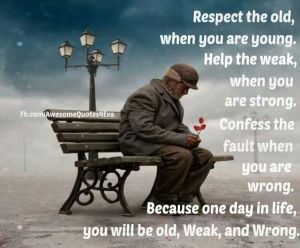 As at first I use to find it quite perplexing how one could ever make such declarations!

Nonetheless. .. It is indeed clear to me now… how the tutors knew and were confident in their advocations, what is more is how they knew!

As experience really is everything and amounts to so much in life, as they must have witnessed the very thing in aspects of their very own life? from early age to present day!

Had the tutors not experienced or witnessed it before they may not have been able to express its importance so clearly to those who understood!

I thought the school Tutors where right even back then, when they pointed out noisy troublesome individuals in class!

Often it is not hard at all, to recognise and imagine the future, except for the host pointed out in class, whom indeed struggles to take receipt of a chance to set his compass away from the initial hyperbolic mannerism displayed in the place of learning! The character in question, can not see the errors of their ways, unfortunately all too often lives out the prophecy to precision!

“Drunk, ill health, addictive, ignorant, adulterous, sabotaging, washed with hatred where a proclivity to others benign becomes the sole agenda on their resume each morning… Noon… Night…

I OFTEN WALK PASS SUCH INDIVIDUALS!

While I ruminate on past Tutors advocations of what would become of so and so as they reached adulthood!

It amazes me how true those simple details were!

I trust you non haters are well!

Good day and be well!

One thought on ““Feverish Endangerment” – Prophecies Foreseen by Educators!” 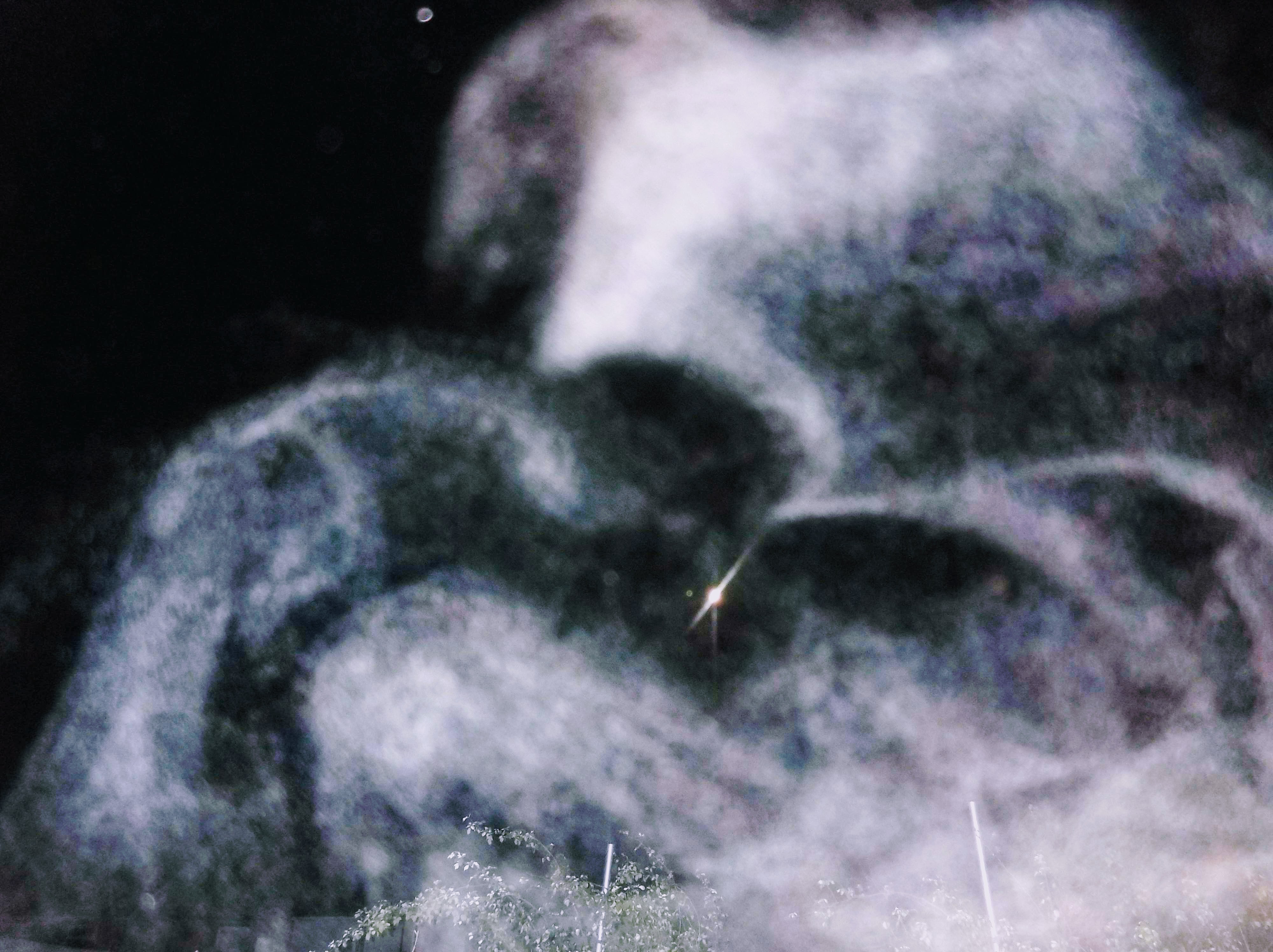